One of the great â€˜findsâ€™ just before the start of Expedition Africa 2018 was the light system we would use for the trekking, kloofing and mountain biking legs of the race. A Merrel and Extreme Lights sponsored athlete, Donovan Sims, recommended them to me during a night training session. That recommendation and another introduction from the infamous Jacques Marais led to our Team Grit Nyamezela using Extreme Lights for Expedition Africa Namaqualand 2018.Â  Result – they were the best â€¦.just astounding, and hereâ€™s why;

Our choice ofÂ  bike light was the â€˜Enduranceâ€™. It comes with a remote control,which you have either at your left or right hand. The advantage of this is that you can control the brightness and on/off remotely without risking a fall. So going downhill fast in rain and you need to see a bit further â€“ all you do is press the button and presto! If youâ€™re navigating with a map board reaching underneath it to change settings is a hassle, but with the remote control that problem is solved. On day two of the race we hit a massive cold front and spent 14 hours cycling in rain from 02h00 to 16h00. Thick mist, rain and cold are a perfect combination for lights and battery disasters, but not for these Extreme Lights. All of our lights held out in the most adverse conditions and the batteries were not depleted by the cold. Itâ€™s a major advantage over such long and hard legs. 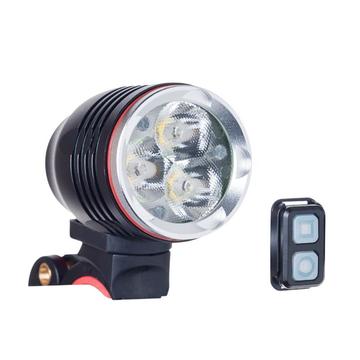 We used the BaseCamp headlight which we cable tied permanently to our helmets and were perfect around the bike, for navigating and the occasional hike-a-bike. It takes three AAA batteries and it is so efficient that I never had to replace them for the duration of the race. They also endured the same conditionsÂ  if not more than the bike light. 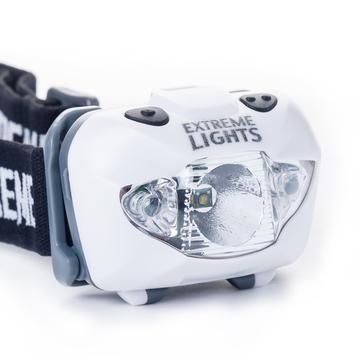 The Ascent headlight comes with a battery pack (3xAA) and we used this for the trekking/running legs. Its extremely comfortable and super economical on power consumption. We used them on medium output and the batteries lasted a full two nights out. They were perfect for a range of about 15-170m but more than that we needed the beast. 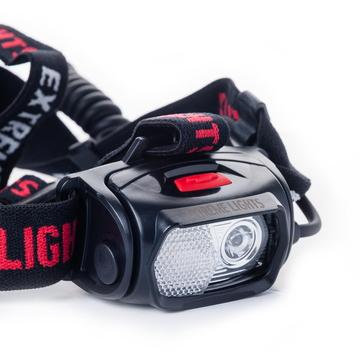 The trump card (the beast) for us though was the AcebeamÂ  L16 handheld. With its 2000 lumin LED beam we could use this pocket sized beast (albeit at 128g) to find routes across kloofs/canyons. We could easy see between 600 â€“ 700m away which gave us a massive advantage. At full strength we only had about two hours of battery life and we found that to be plenty for a full night out. We could easily pin point animal tracks (good for us) on the other side of the kloof, so if we were ever in doubt, the beast would come out and with one quick scan we would be able to see weather on not we were on the right track. 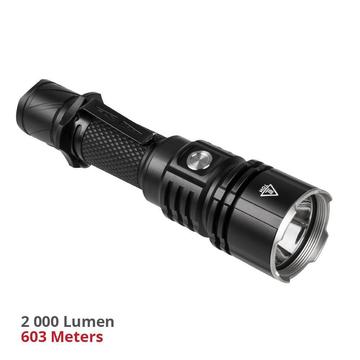